By the late 1600s, the Shirazi wine industry was doing well enough that a substantial trade was done with Afghanistan, Pakistan and India. William Kaempfer, a late 17th-century traveller was even kind enough to tell the story (with line drawings, below) of the bottles that were packed in straw and shipped east to India. Typically, in each bale, there were several large bottles (Karabas – we know them as “carboys” or “demijohns” – see “c” in the image below) and a dozen or so small bottles. The bottles labelled as “e” – far right – look somewhat like saddle flasks, without stringing, or possibly like the long necked wines. Bottle “d”, below, is somewhat of a mystery to me – neither the glass nor the pottery of the period look much like that drawing. 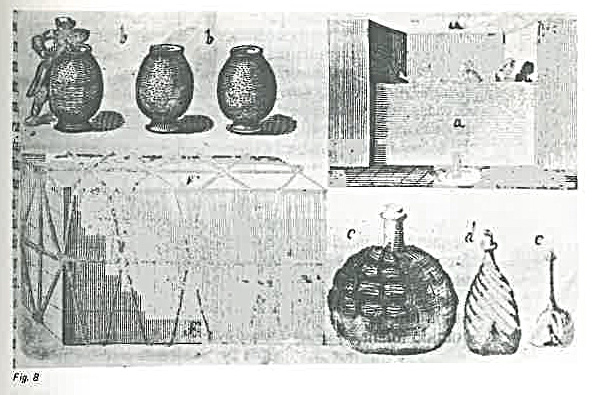 The lip finishes are fabulous and highly worked – some have rope-work in the glass; others are rouletted. All are fabulous. They also come in a variety of colours – from standard bottle-green through light yellows to a dark purple/puce. They also come in both round (like a huge Dutch onion) and flattened (similar to the saddle flask shape) shapes. The same glass was also used to ship dried/pickled fruit. Please see the Pickled Fruit page to see comparative pieces.

I have to say, after 40 years of glass collecting, there’s not a single bottle that makes me happier than a Karaba. I’ll add as many as my shelves will hold!

Karaba – the word in history

The Hobson-Jobson: Anglo-Indian Dictionary tells us the following:

Carboy: A large glass bottle holding several gallons, and generally covered with wicker-work, well-known in England, where it is chiefly used to convey acids and corrosive liquids in bulk.  Though it is not an Anglo-Indian word, it comes (in the form karaba) from Persia, as Wedgwood has pointed out. Kaempfer, whom we quote from his description of the wine trade at Shiraz, gives an exact etching of a carboy. Littre mentions that the late M. Mohl referred caraffe to the same original; but see that word. Karaba is no doubt connected with Ar. kirba, ‘a large leathern milk bottle.’

1754: “I delivered a present to the Governor, consisting of oranges and lemons, with several sorts of dried fruits, and six carboys of Isfahan wine.” – Hanway, i 102.

1875: “People who make it (Shiraz wine), generally bottle it themselves, or else sell it in huge bottles called Kuraba, holding about a dozen quarts.” – MacGregor, Journey through Korassan, &c, 1879, i 37. 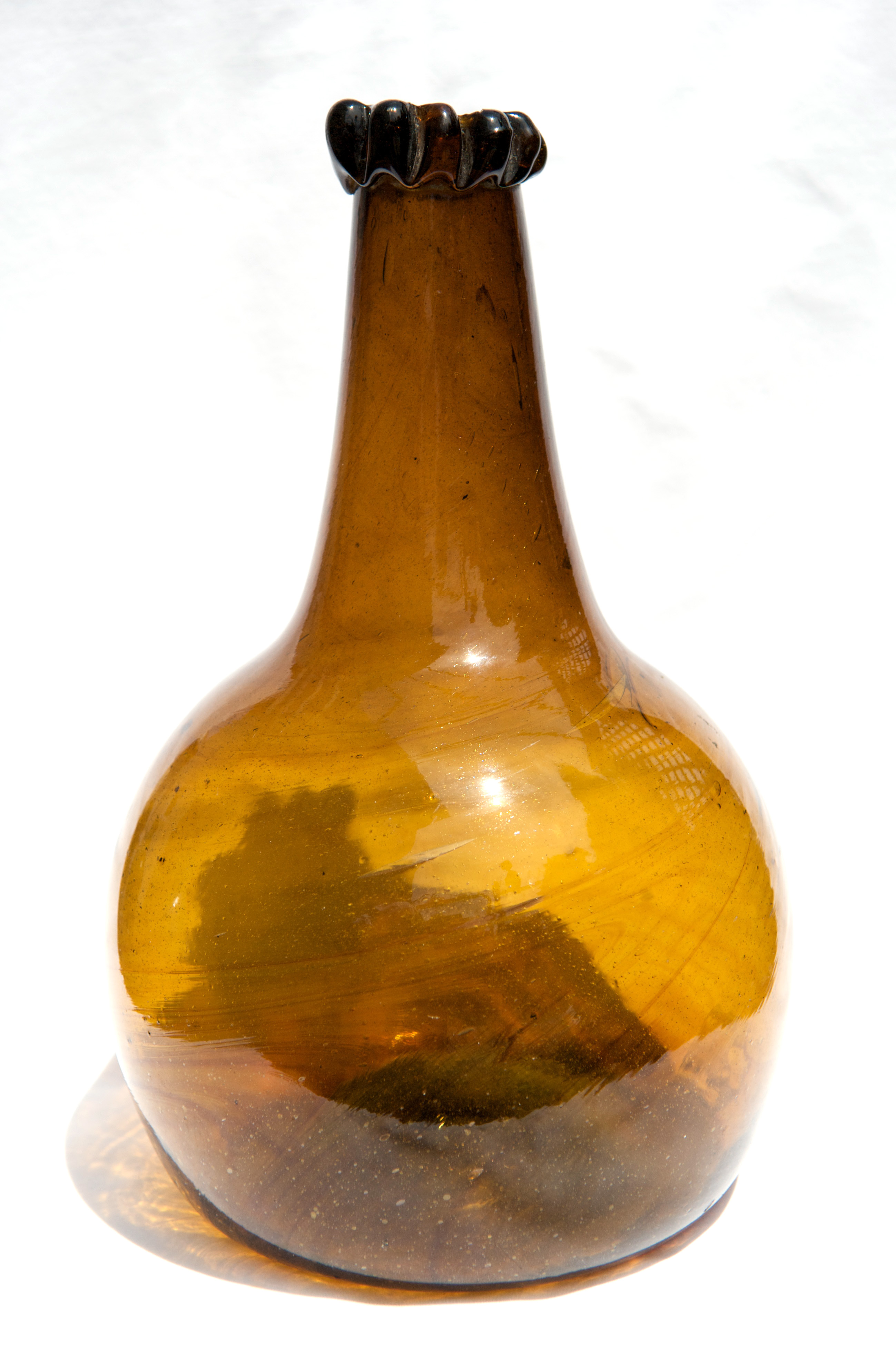 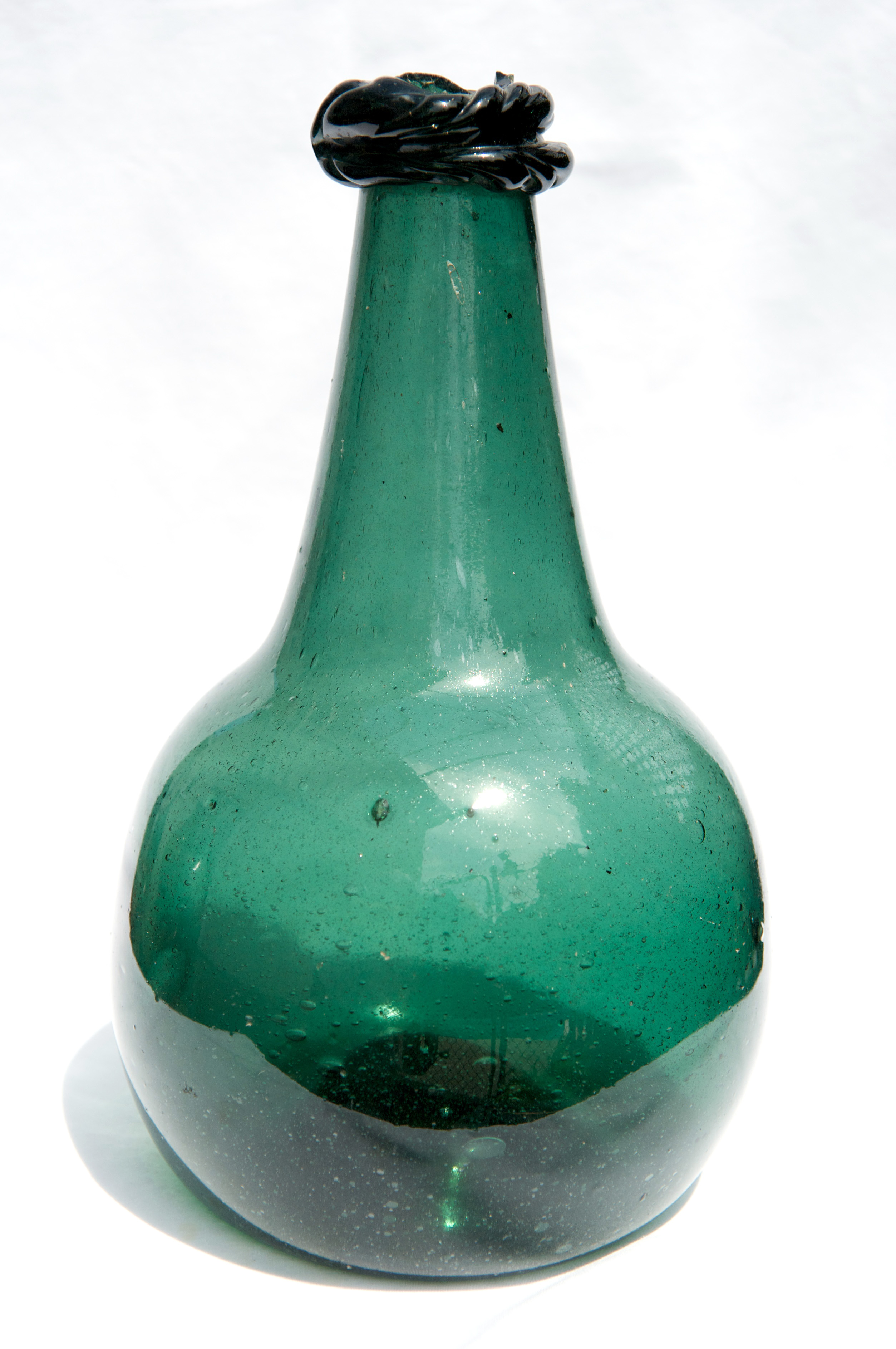 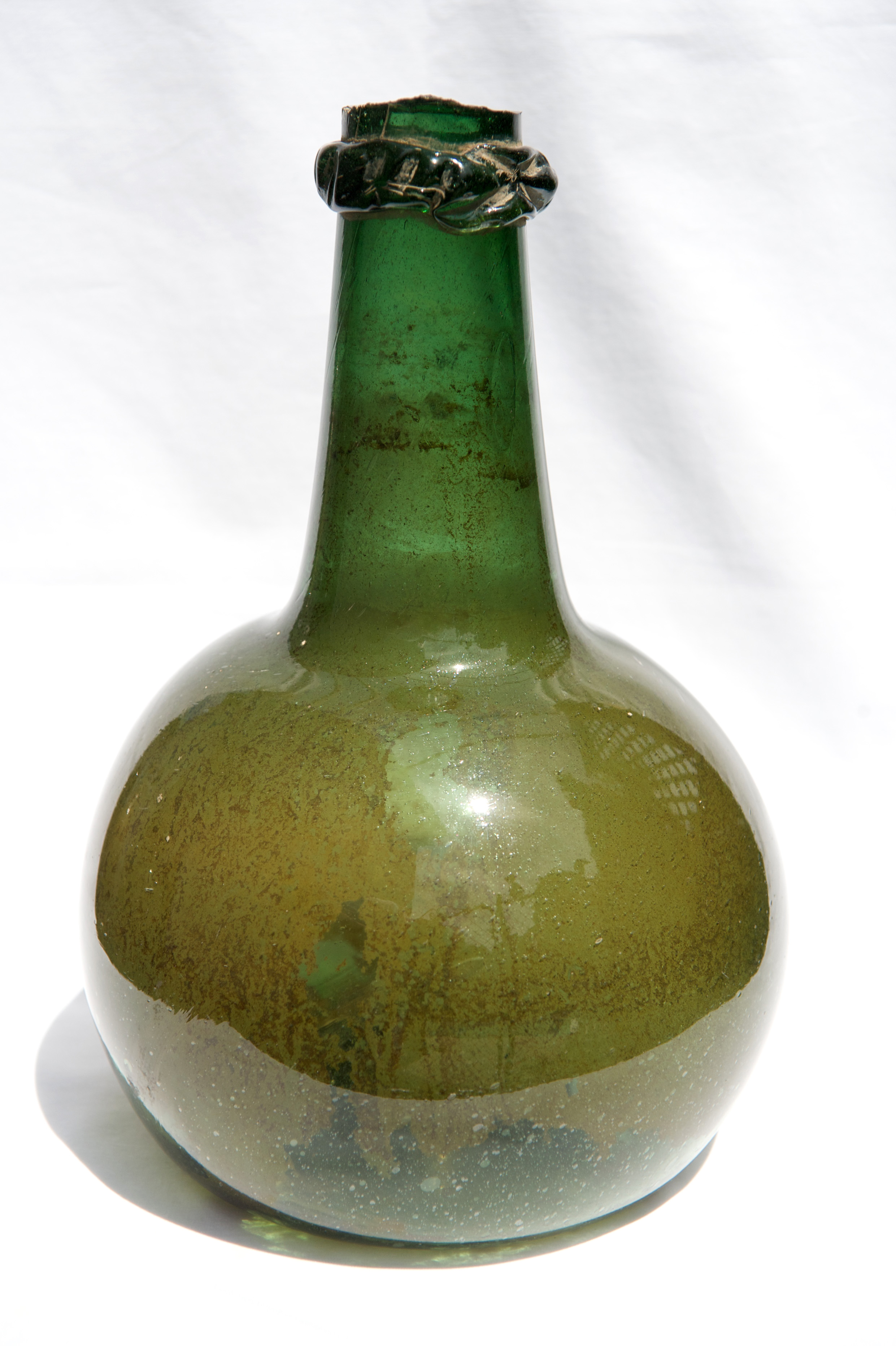 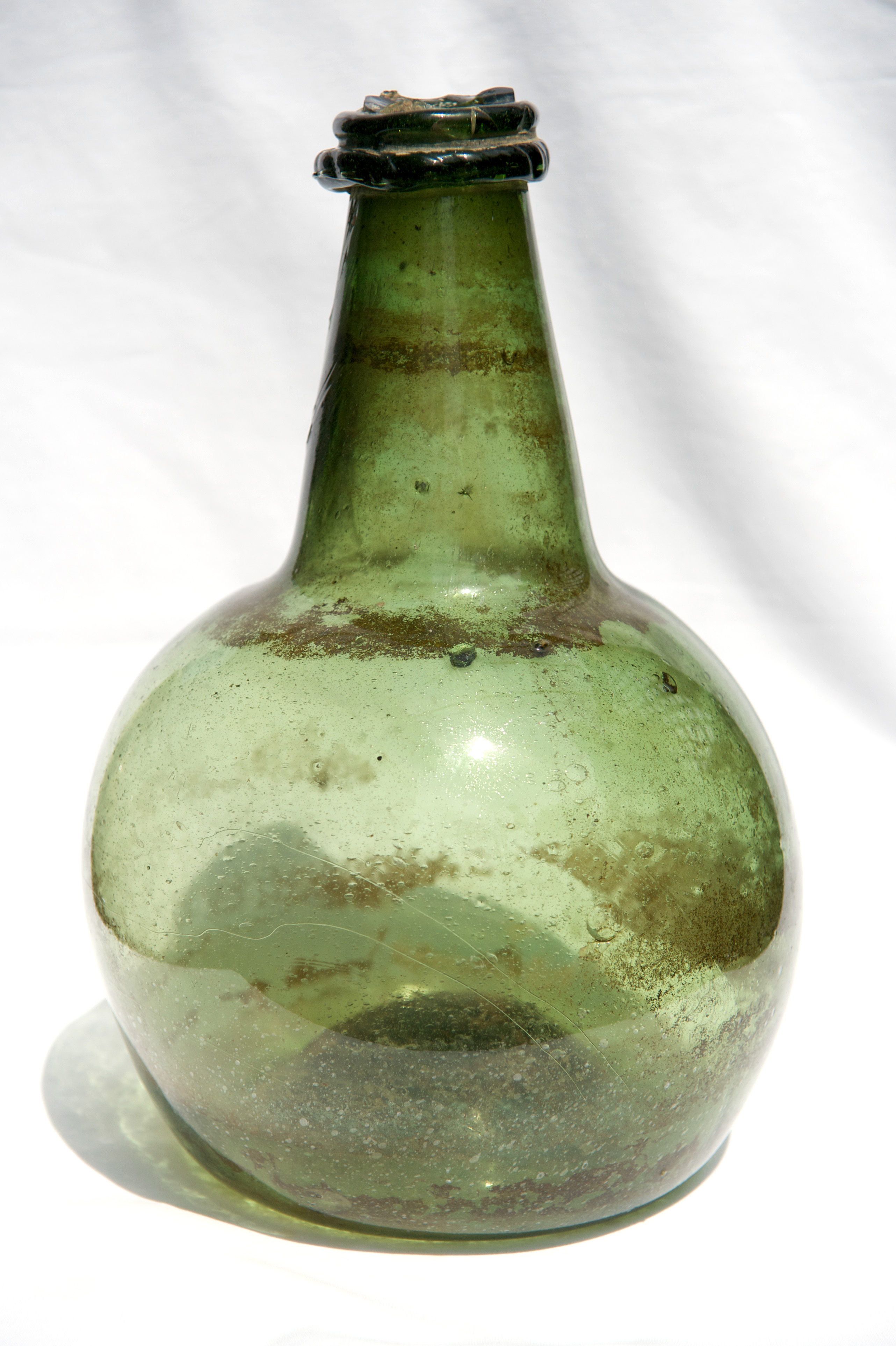 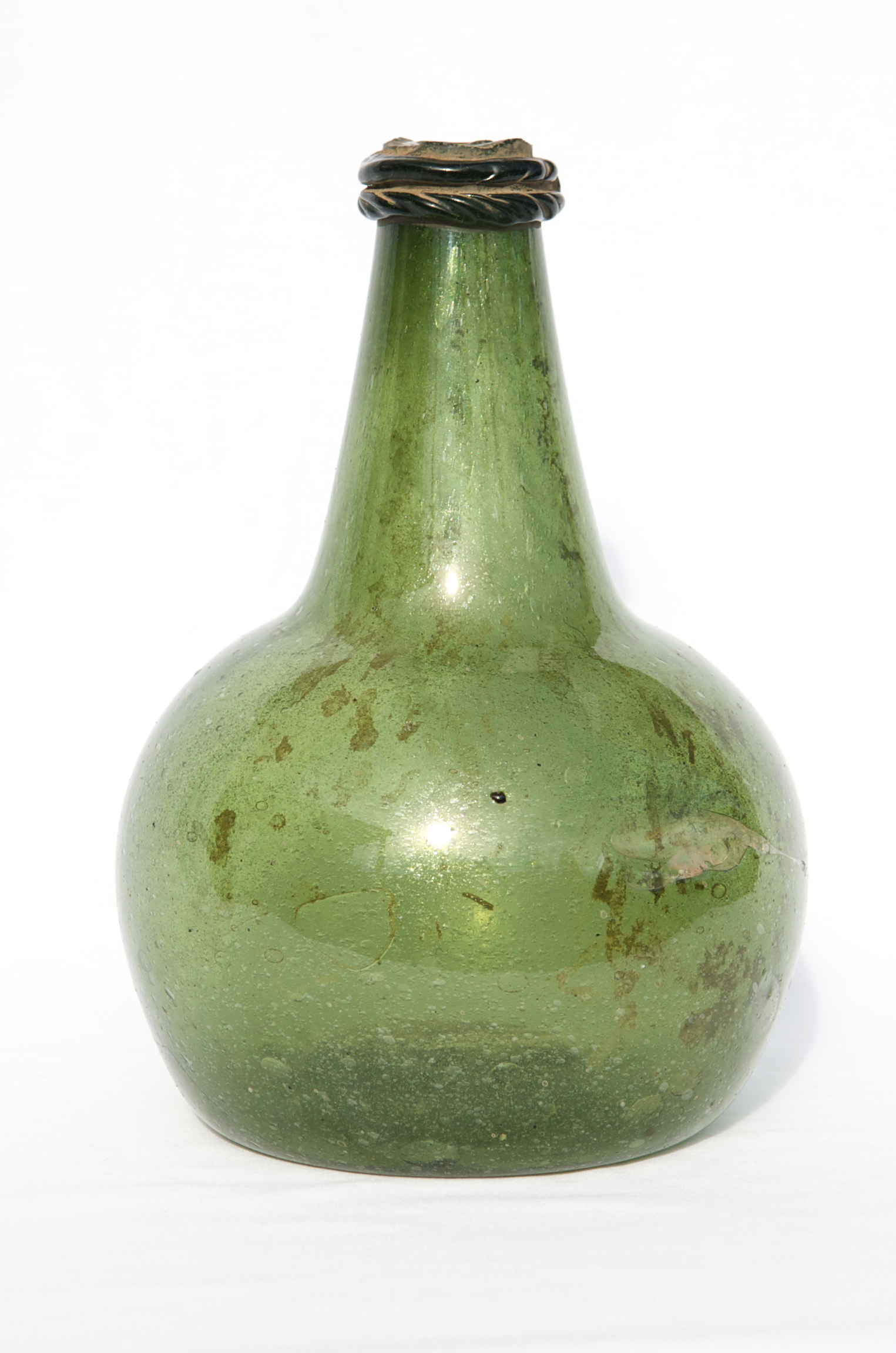 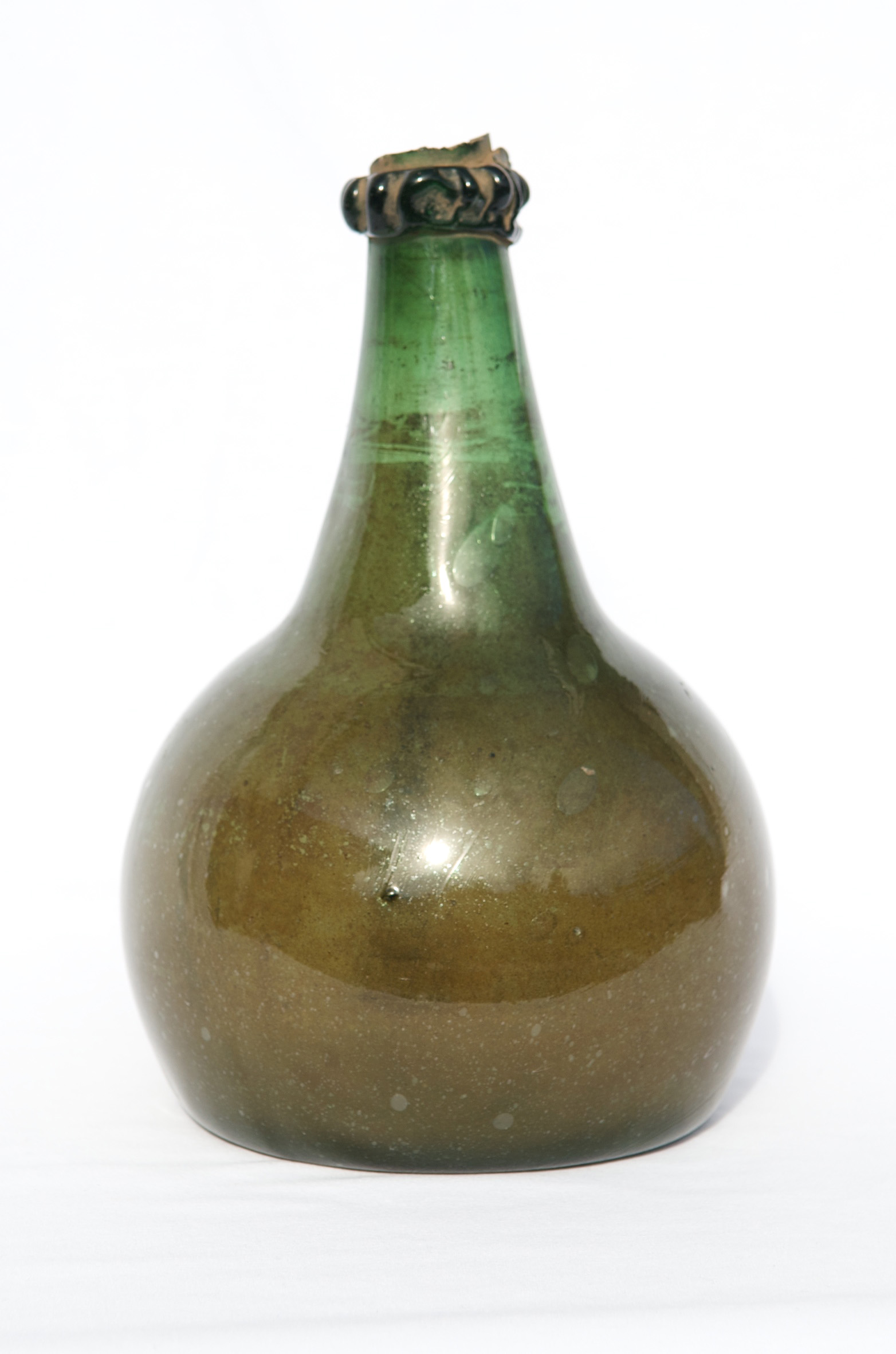 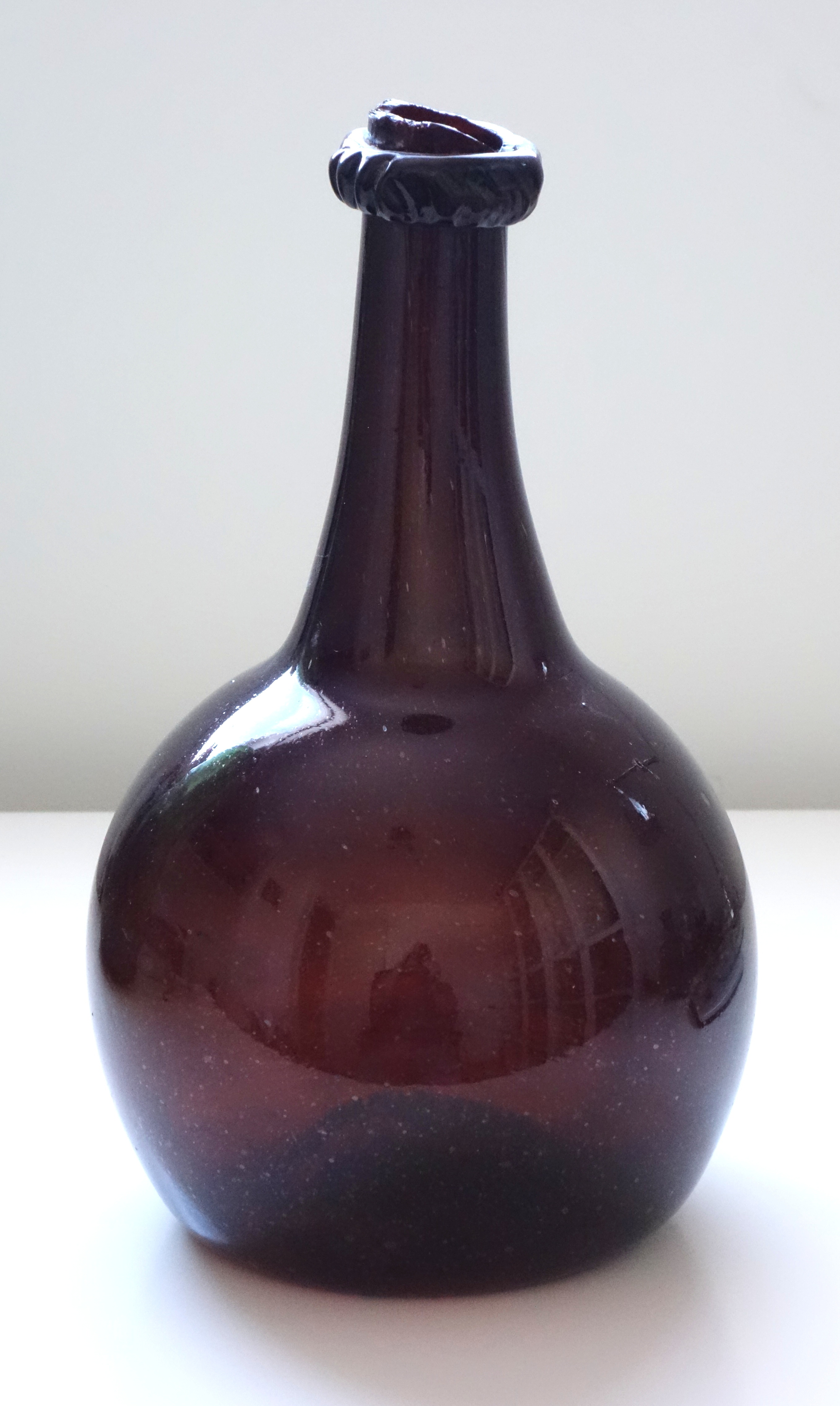 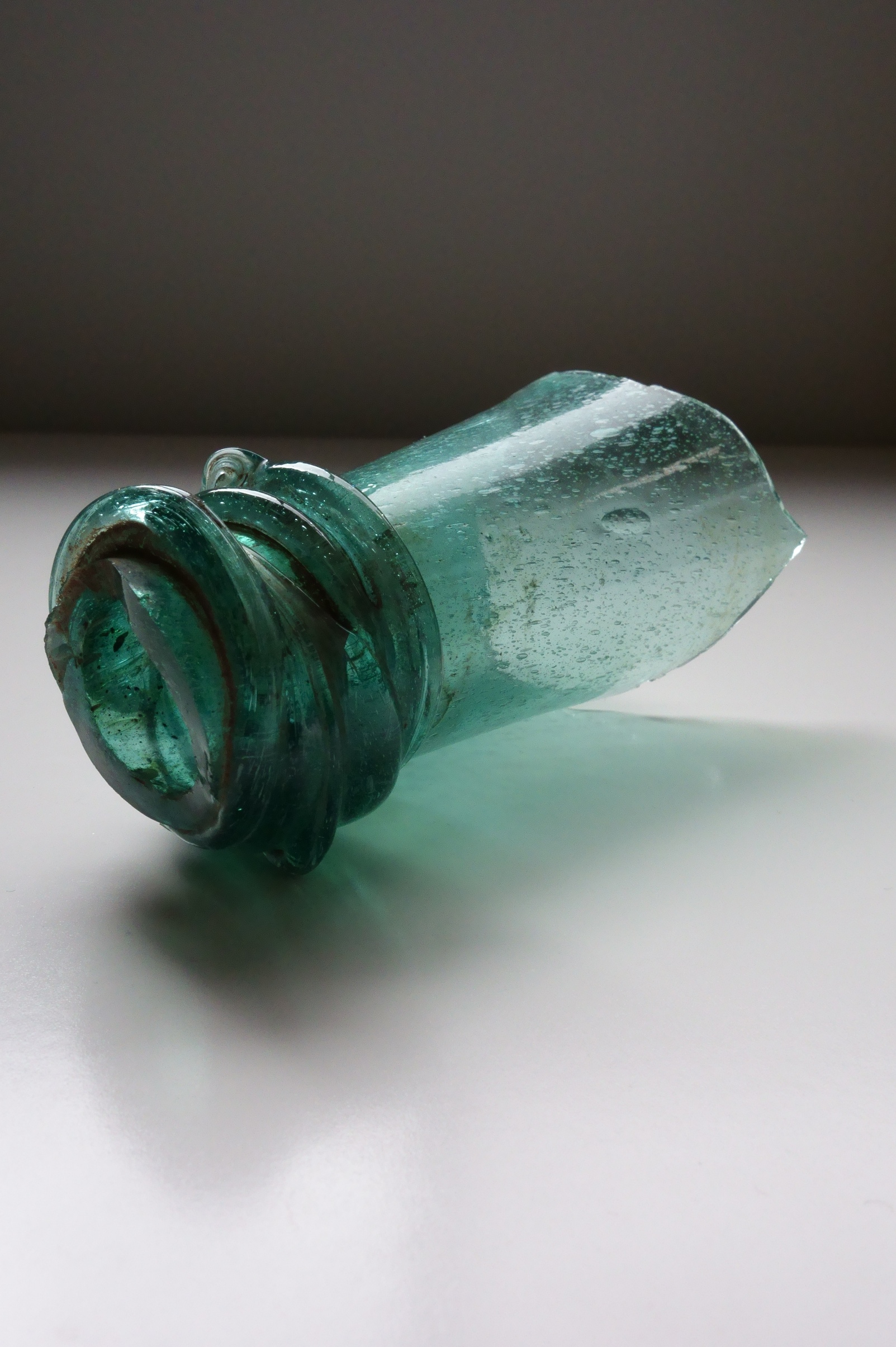 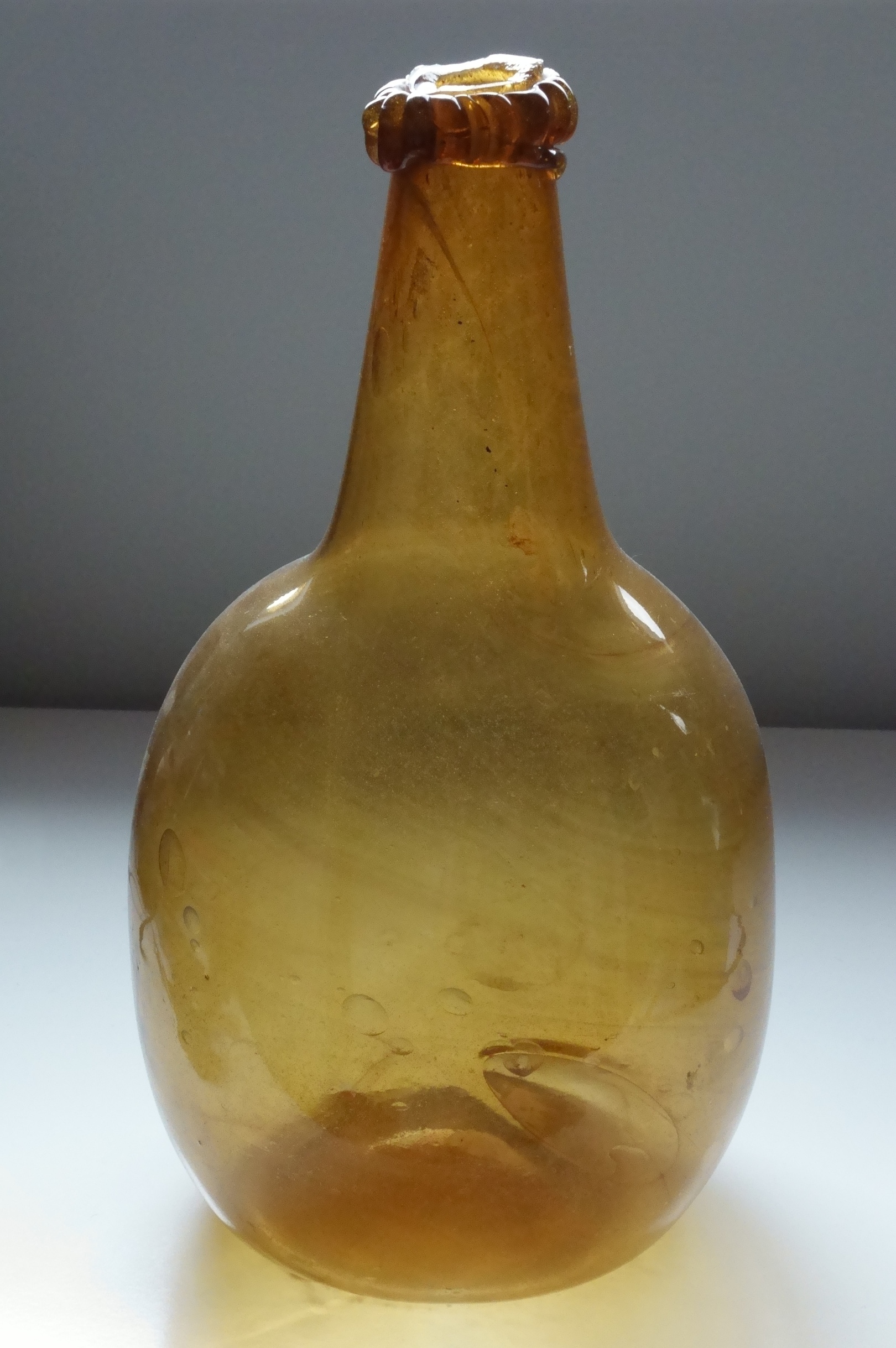 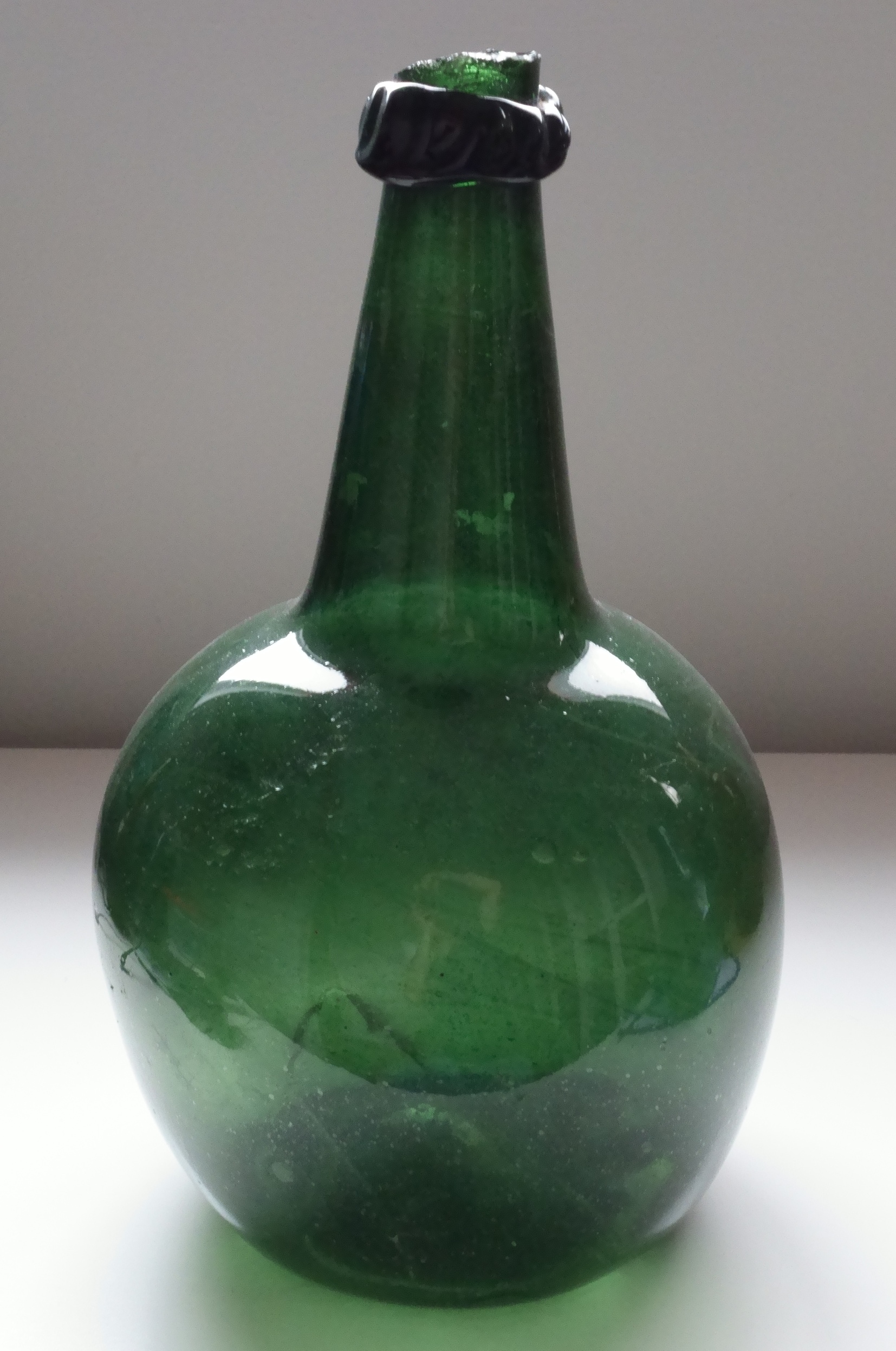 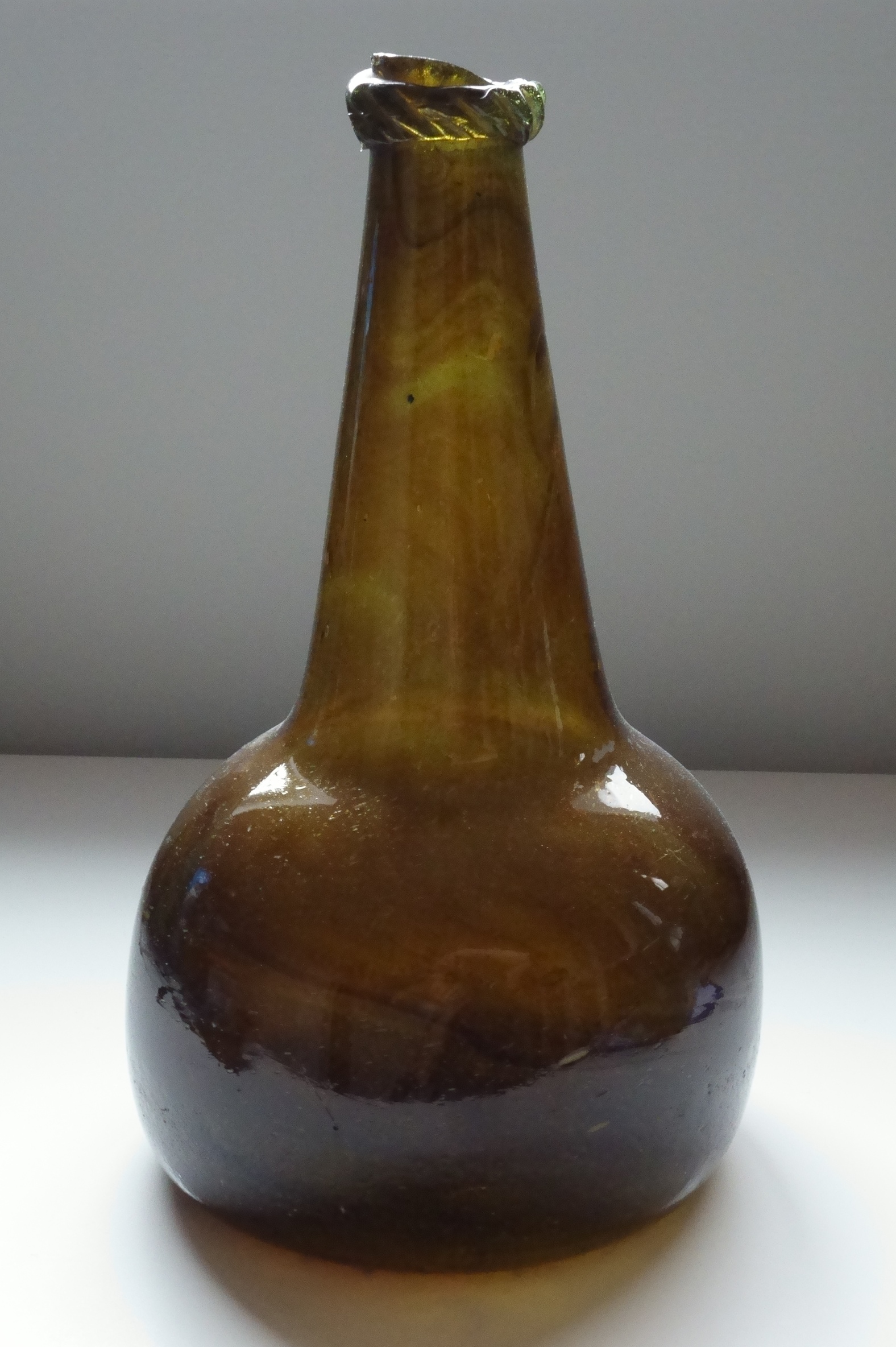 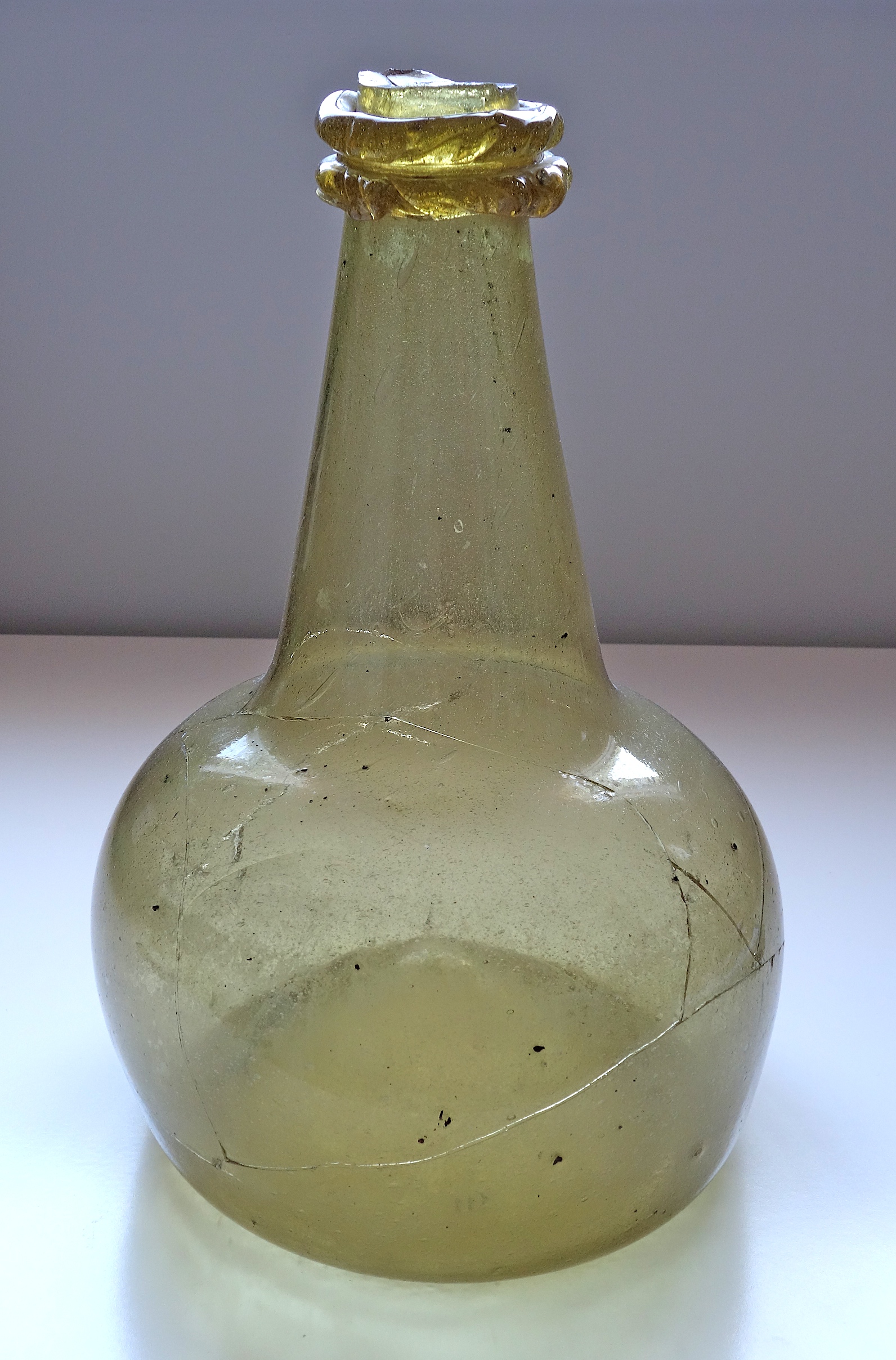 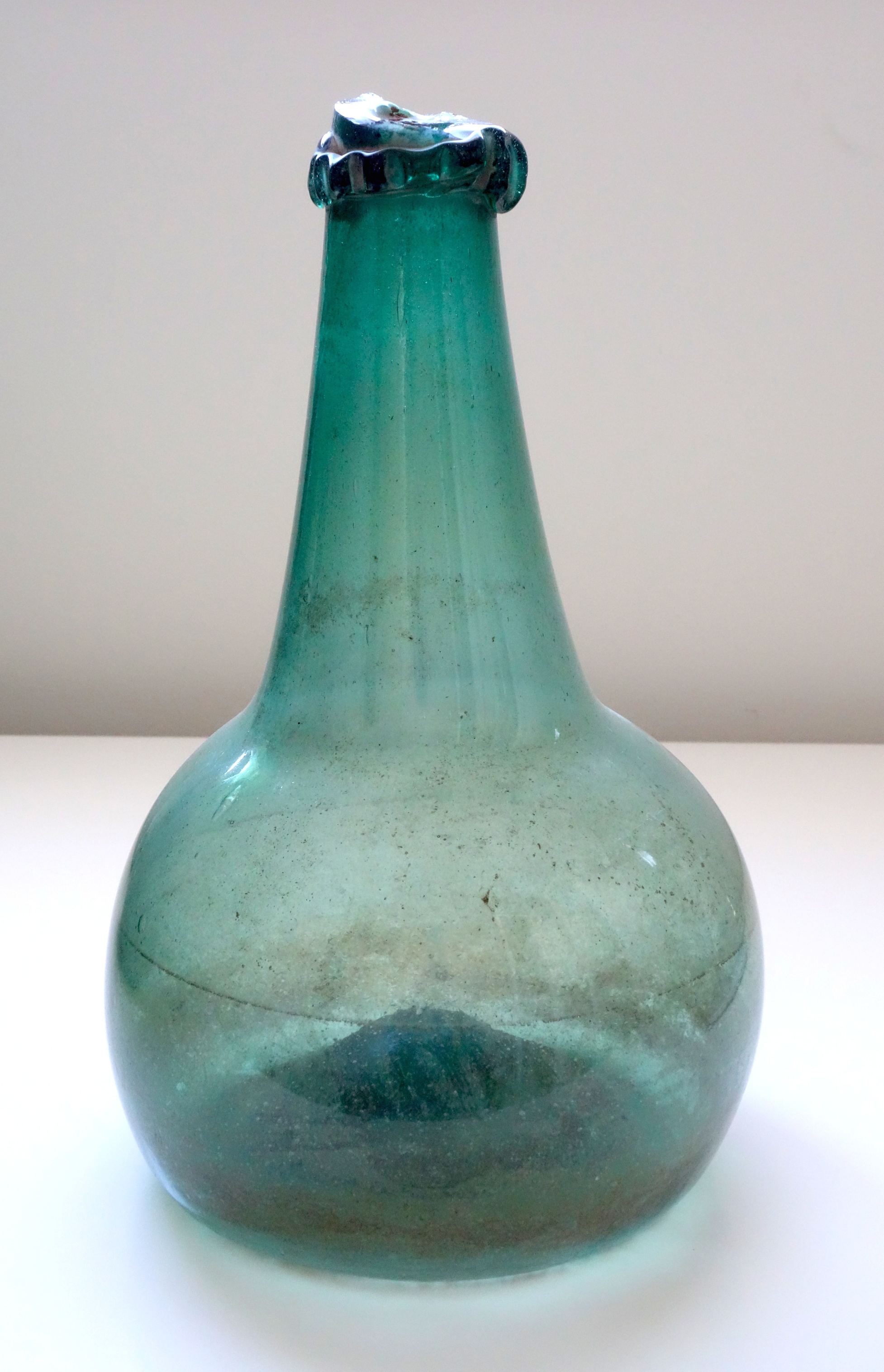 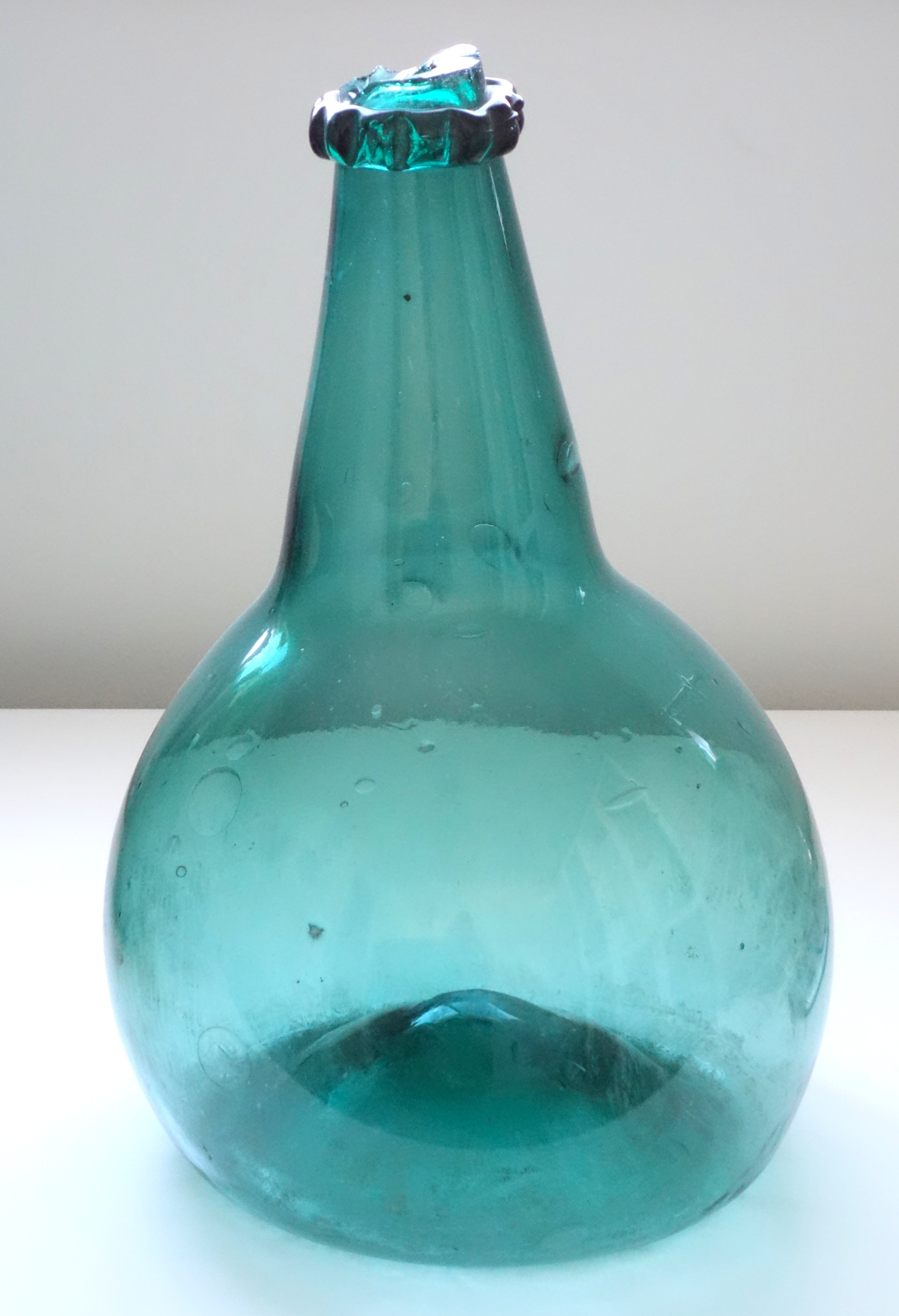 If the Karabas are divine, then the variants…well, I’m not sure quite what to say about them. PC-015 was one of the first Persians that I ever received in a shipment from Marlena Fairbourne’s exceptional collection, and that bottle has simply delighted me ever since. Later on, the three large bottles in the photo below arrived in the mail – flat-sided Karabas, basically. They are similar to one in the Glass From Islamic Lands volume by Stefano Carboni, a second held in a private collection in Germany, and a third held in a private collection in the USA. 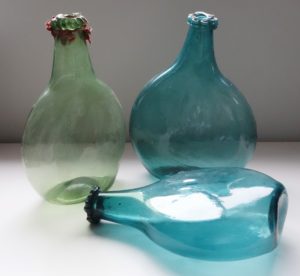 Below are the Karaba-style Variants I’ve managed to assemble. Hopefully there will be many others to come. 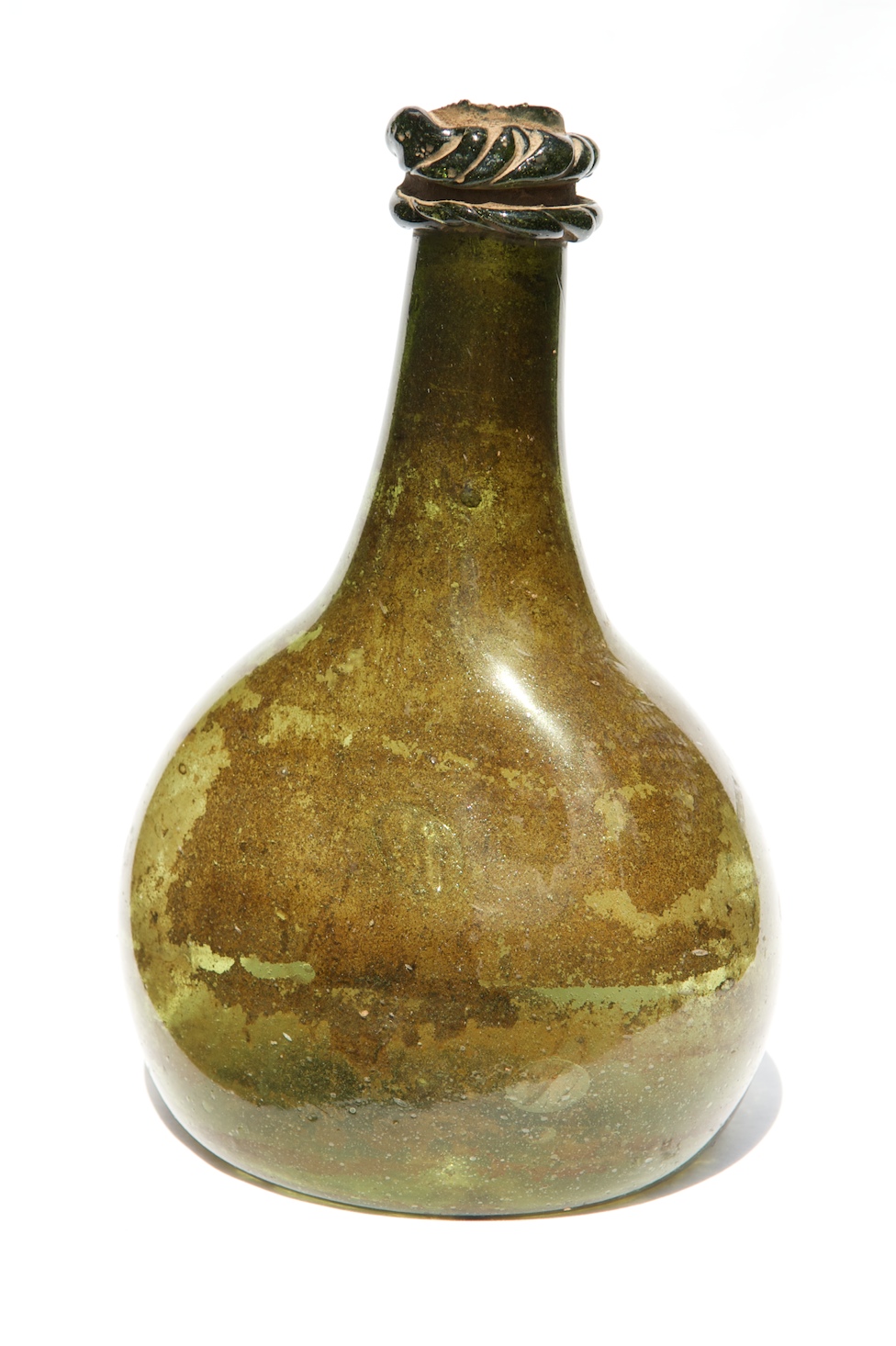 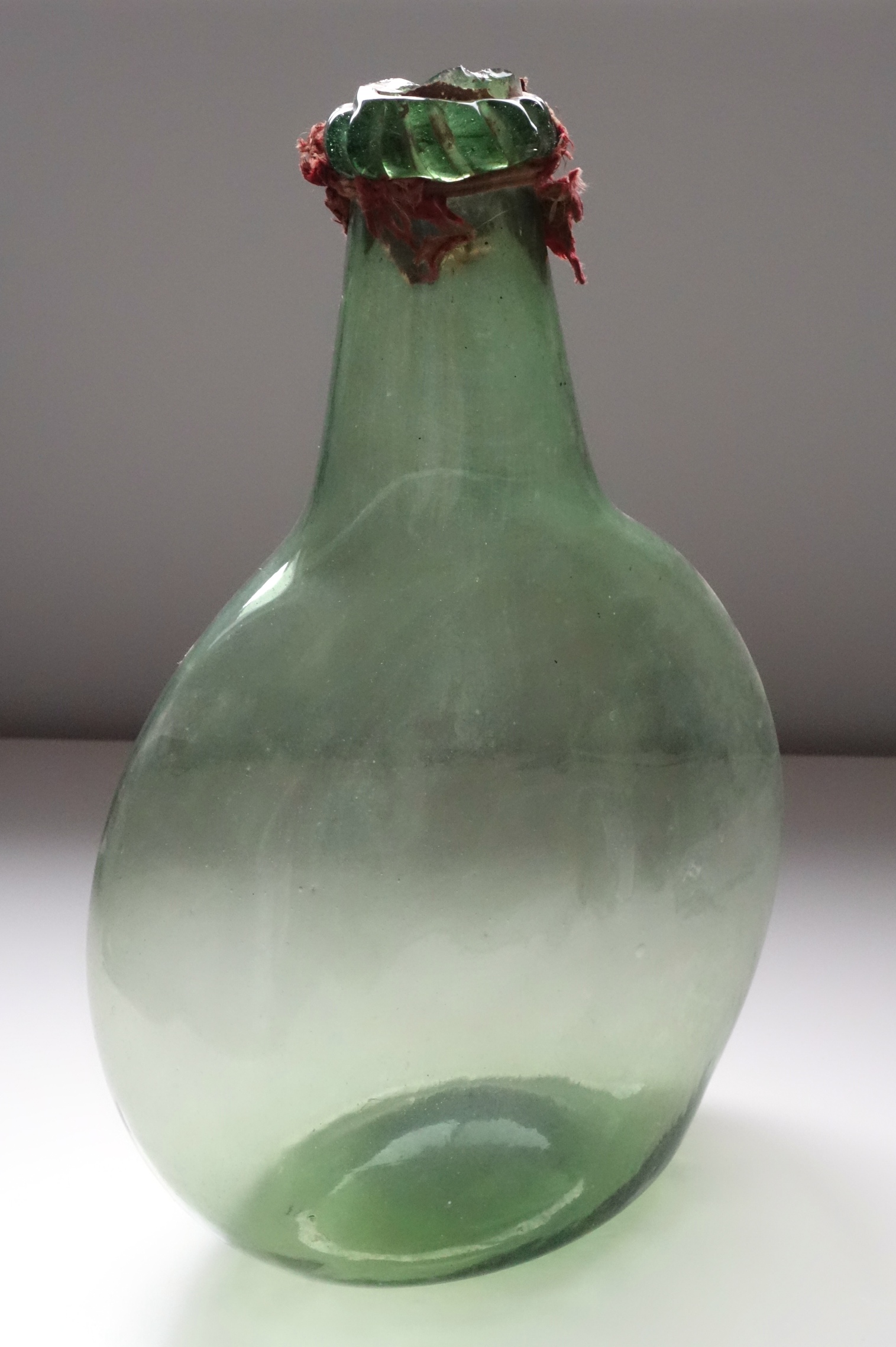 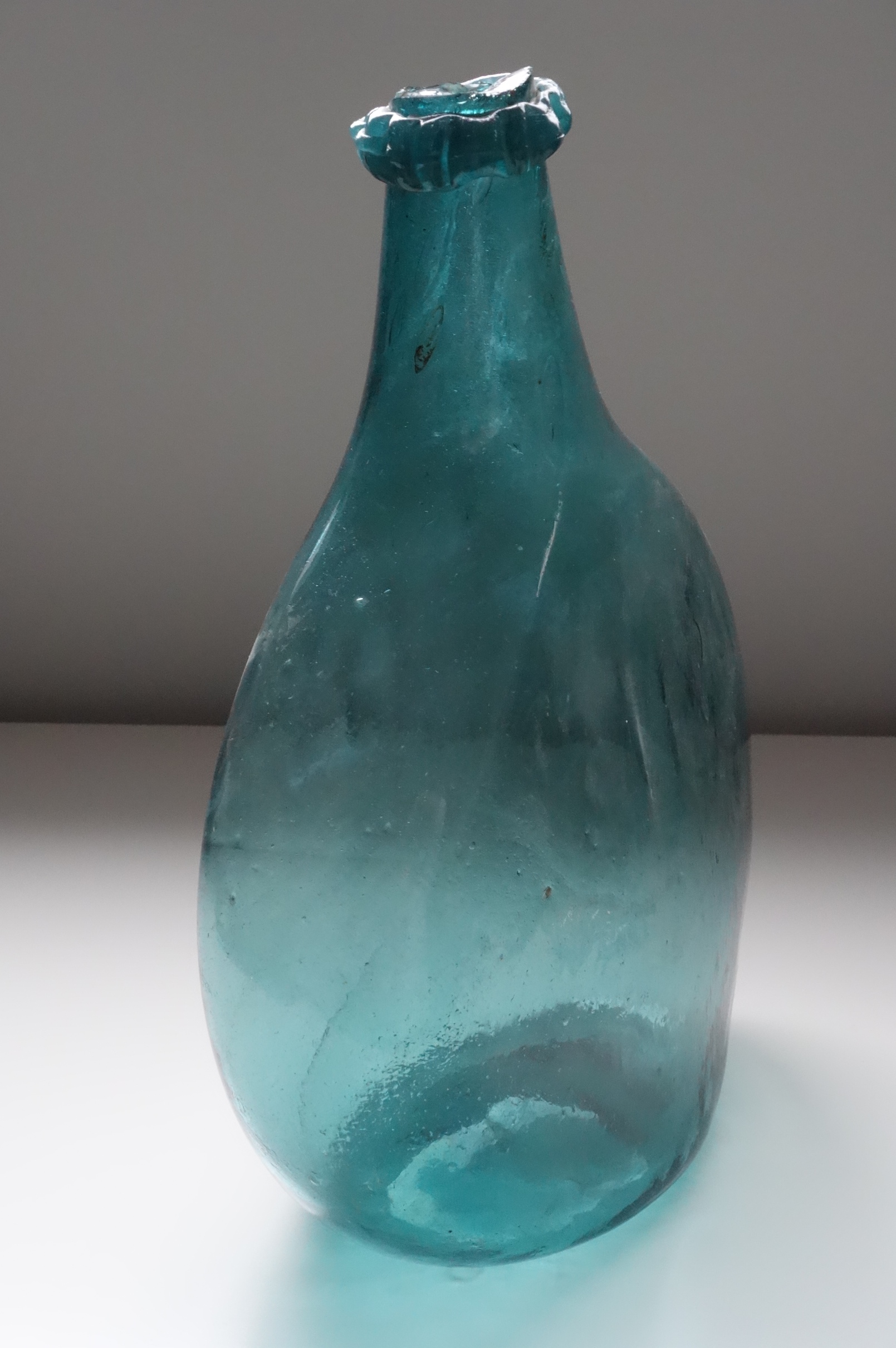 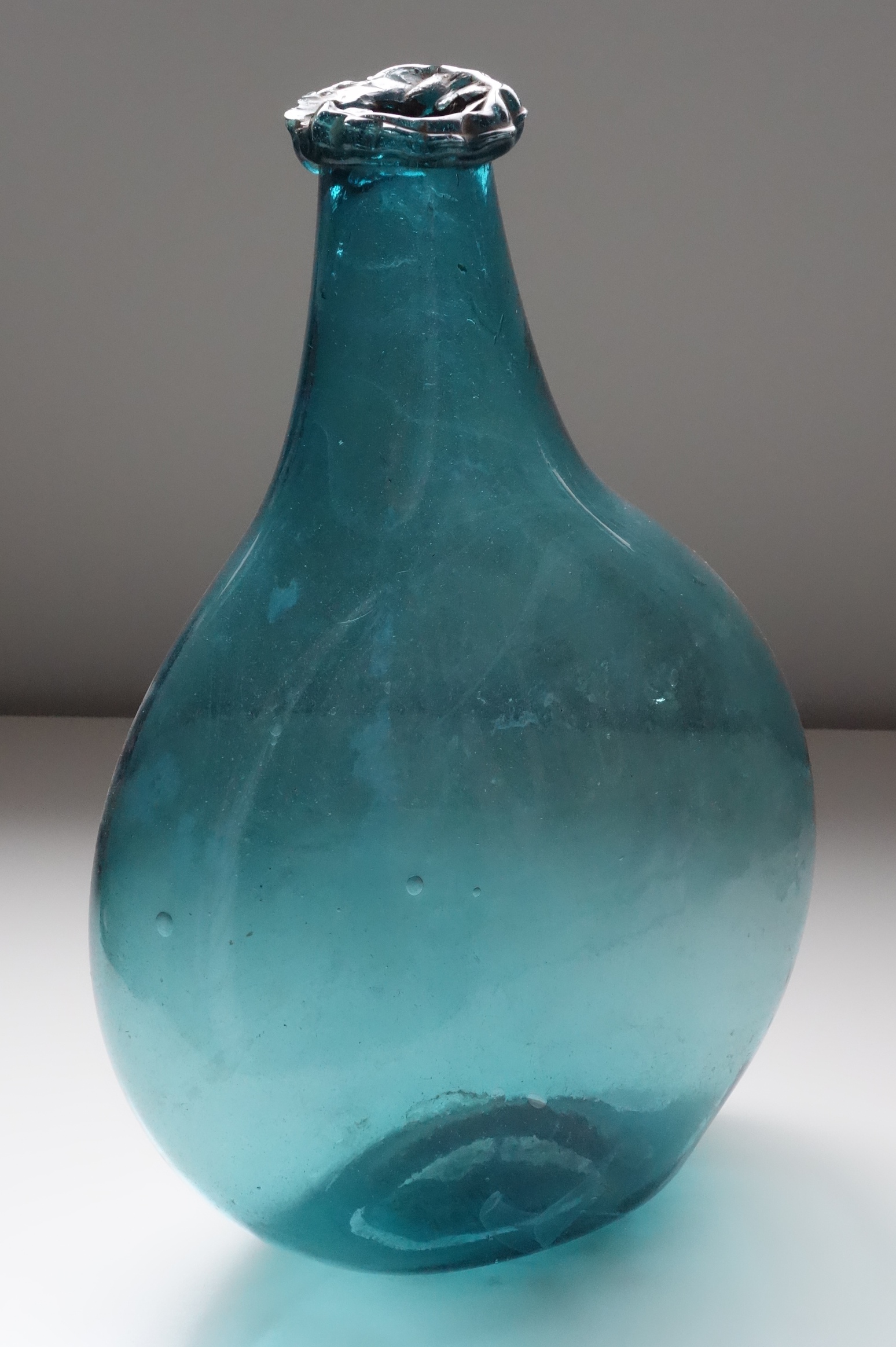 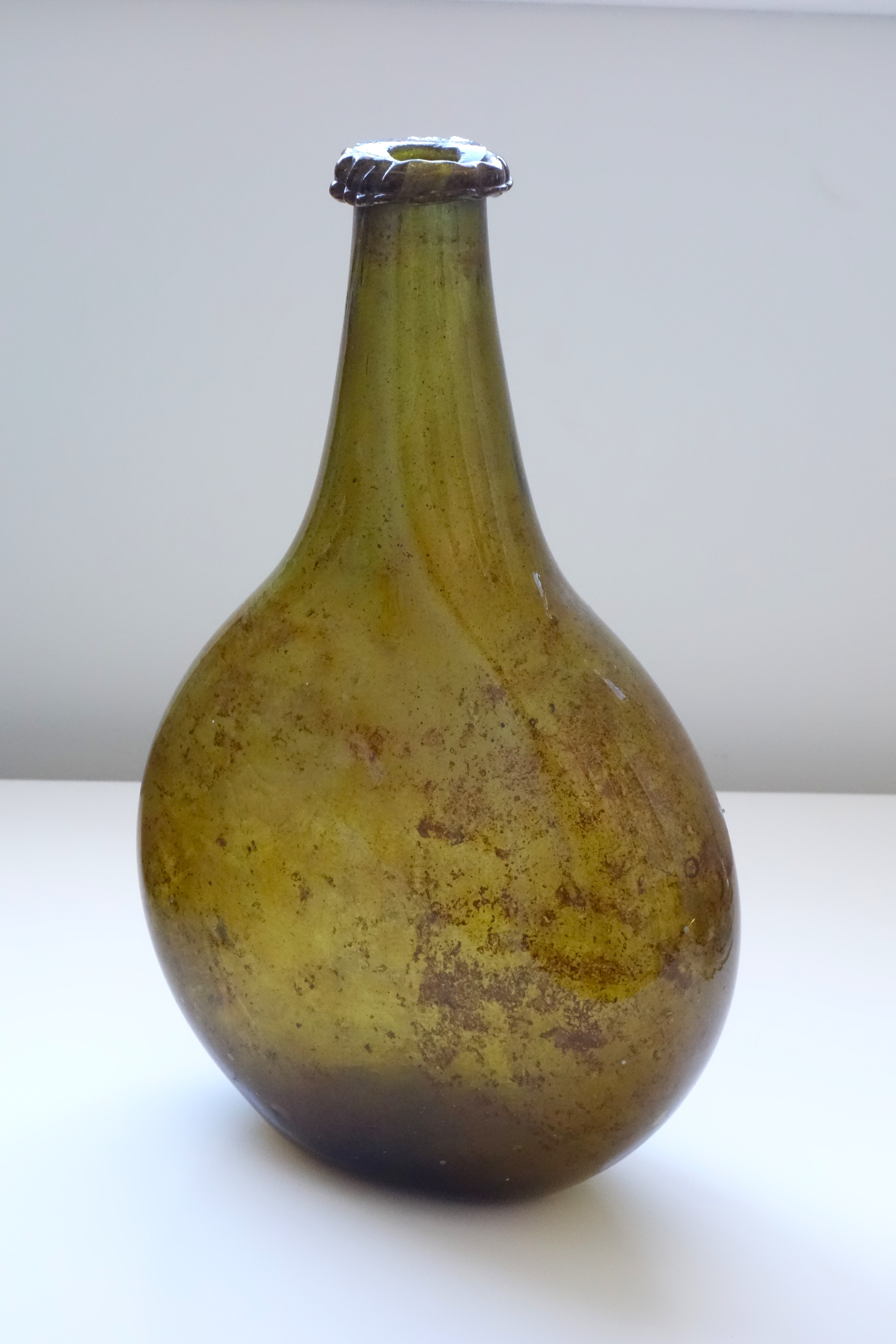 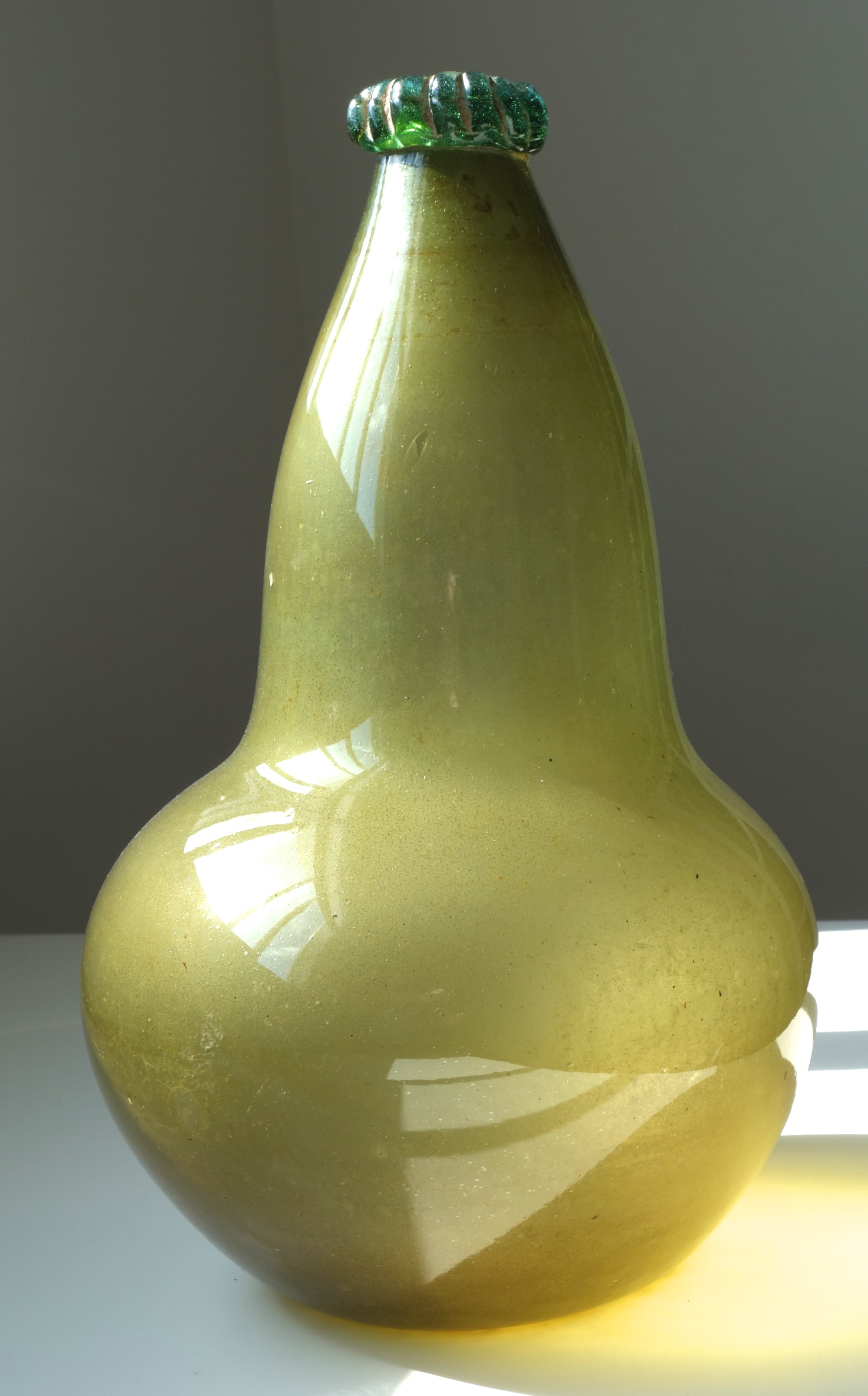