Although it appears Hookah Pipe Bases were quite fashionable for centuries, I can’t figure whether the majority of the ones that were used in Persian pre-20th century were made from metal, or if I simple haven’t been able to find any? I have a selection, and there is an ongoing selection on eBay and other places, but I can’t say for sure whether any of them have any age to them. They appear to be very well loved, but little published in the collecting world.

Hookah pipe bases with the image of Nasr Al-Dihn Shah are quite common; I have several of them.

The only potentially interesting one (not mould-blown and basically new, in my opinion – and probably imported at that) is PC-058. I had thought it was a carafe or a table bottle for several years, to be honest. It was only when I took my hookah pipe bases out of the display cabinet and replaced one with PC-058 that it clicked – the size is identical, the shape is very similar…could it be? 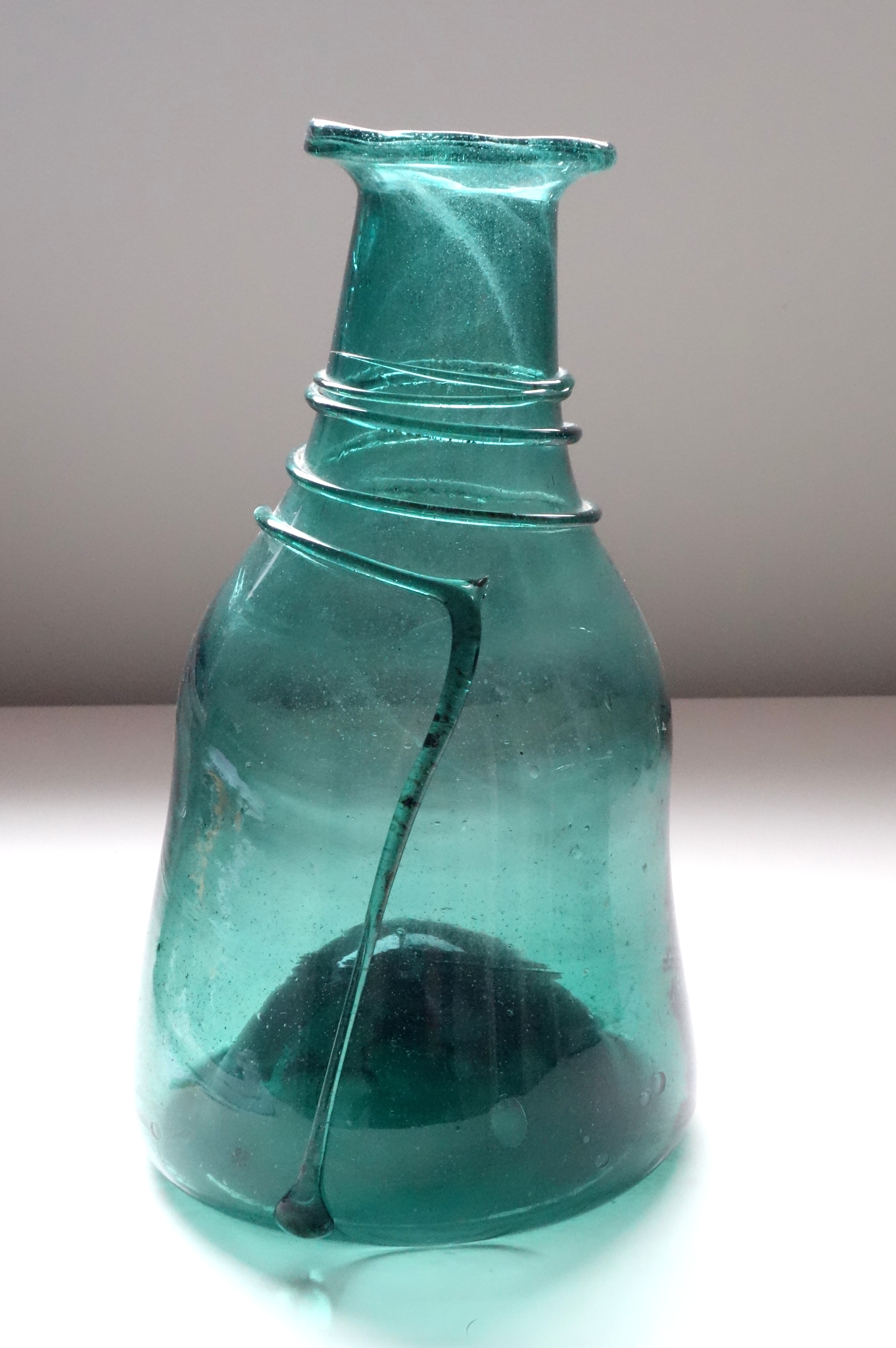